How Does Solar Storage Work? 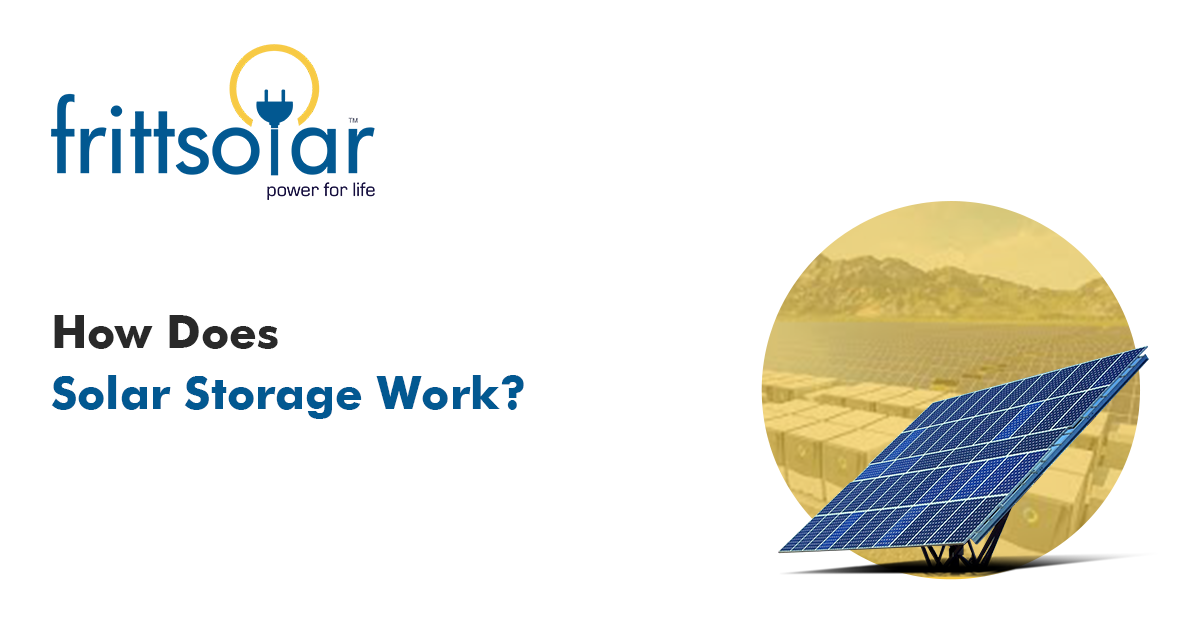 Solar power is a sustainable source of energy like no other. Generating electricity at home through solar panels that convert ample sunlight to electricity creates not just independence in the usage of your own power, but also an active contribution to environmental conservation.

One added benefit of a solar power system is knowing that the generated energy can also be stored for future use. This means that no energy ever goes to waste as the excess electricity is locked safe for times when the solar panels aren’t able to generate power. A beneficial long term investment, solar batteries are thus storage systems that ensure minimal dependence on grid supply.

But what are solar batteries? When surplus power is generated by the solar panels, it gets exported to the grid. During this time, the presence of a solar battery can help save that extra bit of energy so that it can be used for later. The best example would be to use the charged solar batteries during the night for household purposes. As the day begins again, the solar batteries are charged with the excess power to help keep the cycle of electricity generation consistent.

Solar Batteries often use two kinds of storage, AC (Alternating current) and DC (direct current) coupled storage systems. The couling determines how the panels are wired to your storage system.

All electricity generated from solar panels is DC in nature. This kind of energy needs to be converted to AC electricity to be used by home appliances. As you use this converted energy for daily uses, the excess electricity then charges the solar batteries for later use. The science behind solar storages is not the most efficient solar panels, but actually Lithium-ion batteries.

The mechanism behind lithium-ion batteries is the same technology that powers smartphones too! Chemical energy, enhanced by lithium-salt electrolyte that resides inside the battery, creates the necessary currents to draw electricity.

This movement of free electrons, put together with multiple ion battery cells regulate the operation of the battery system and powers it.

While a DC model is more cost-effective, it stores only the energy from the solar panels. This way, there is no electricity from the grid. Meanwhile, AC coupled storage has the advantage of alternating power from other energy sources, and hence offers protection from grid failure.

Solar storages offer tons of pros, the most important one being that the batteries provide power as backup as it can be operated off-grid. This promises protection during outages or even during extreme weather conditions.

It also offers the upper hand of being able to avoid high utility rates. As you will be able to pull electricity from your battery than the electric grid. Thus, you have enough electricity to power through during the busiest hours.

In order to incorporate solar power into your households and businesses, you can reach out to Frittsolar, the top solar company in Delhi-NCR and get the most efficient solar panels and the best solar system. With them you can also get the unmatchable products and services and make the most out of your roof space and generate energy that is renewable and good for the environment

Trust a top solar company and watch your investment give you the best return over the years.