How Use Of Solar Is Evolving In India? 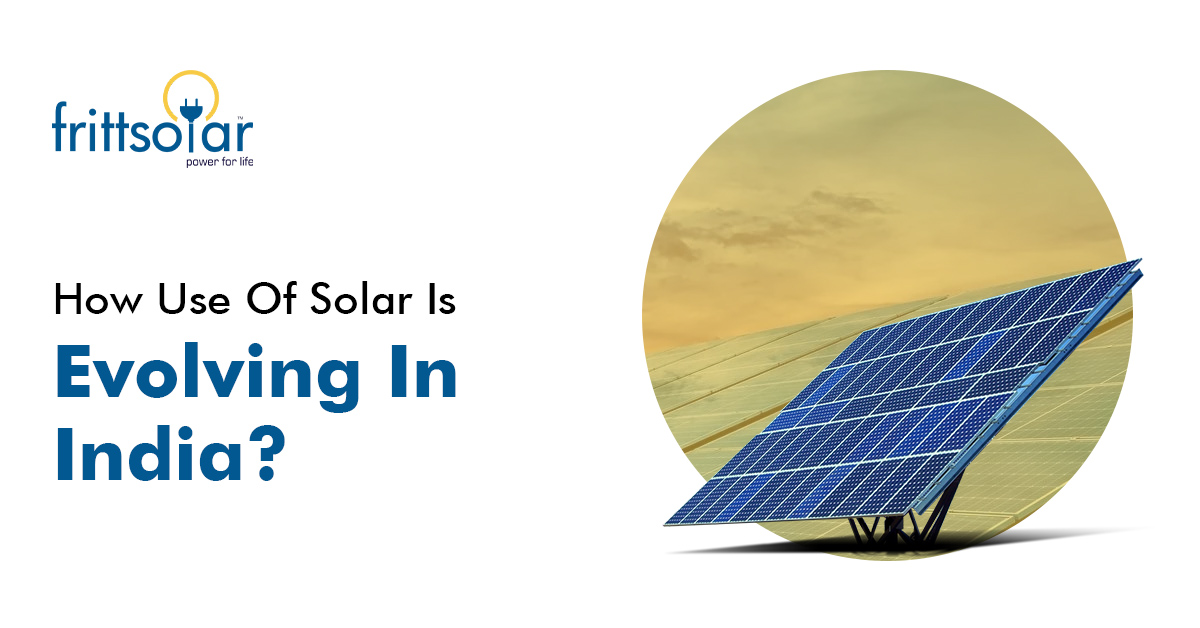 A rapidly growing sector of India's renewable energy is solar electricity. As of 1 June 2022, the nation had a solar installed capacity of 56.951 GW.

Solar and wind energy were the two sources of renewable energy with the highest installed capacity in India in 2019. By 2030, Prime Minister Narendra Modi wants to produce 450 gigawatts of renewable energy, which is five times more than what is currently possible. If reached, India would generate 60% of its electricity from non-fossil fuel sources by 2030, far above the 40% aim in its Paris commitment.

India's future may lie in solar energy. With over 300 sunny days annually, India has the potential to be a global leader in solar electricity, which, even when combined with battery storage, will be less expensive than current coal-fired power by 2030.

The sustainable path however won't be simple or cheap. According to the IEA analysis, a transition on the scale needed to go from the policy options of today to a sustainable development scenario has never been accomplished by a nation. Additionally, it would call for a great deal of creativity, solid alliances, and enormous sums of funding.

India however might be up to the task. Under the country's existing policy, the cost of gasoline imports is anticipated to quadruple within the next two decades. India is one of the few nations that is on course to reach the majority of its Paris commitments and is seen as an emerging leader in renewable energy and energy storage. The country's costs for importing energy can be significantly decreased, offsetting the investments in renewables, if it takes a more sustainable route of lowering emissions and increasing its percentage of non-fossil fuel for electricity generation.

India provides a private investment opportunity of approximately $700 billion in renewable energy, according to the Standard Chartered SDG Investment Map. In order to achieve sustainability goals and ensure equitable growth for all, the private sector must shift the foundation of its business and service models and form cooperative alliances.

It's becoming more and more obvious that we are living through a time of change. To unlock potential, broaden the outlook, pay attention to larger systemic problems, and eventually create partnerships that contribute to achieving the greater good, it takes strong and decisive leadership.

India is endowed with a remarkable pool of corporate and public leadership talent dedicated to a healthier and more promising future. A significant benchmark for private sector investors aiming to make a difference and enhance the lives of millions of Indians in the ensuing ten years is the year 2030.

India can set an example for other countries throughout the world by paving the way for sustainable development, rising wealth, environmental justice, and a future of clean energy.

Frittsolar, a solar EPC company in Delhi-NCR, has been providing the nation with the most efficient solar panel system. Doing solar panel installation, one of the portfolios of Frittsolar, the company has already made a mark in the solar industry.To help the communities in opting for this remarkable form of energy generation, Frittsolar has been offering solar on EMI’s and the change is evident. The demand for both commercial and residential solar panels and solar plants has increased many folds due to the ease of owning a solar plant. With efficient solar panels and customized solar systems, Frittsolar ensures that you save money and environment too.