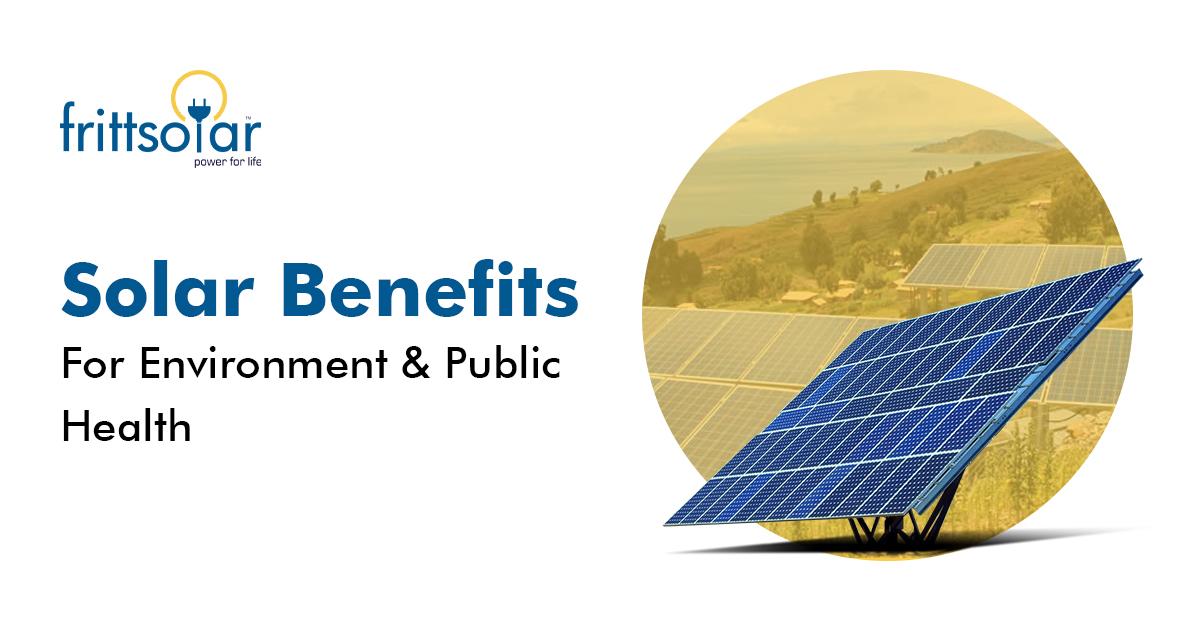 One of the greatest benefits of solar energy is that it’s clean and renewable. Solar energy comes from the sun, so it’s a resource that’s nearly limitless – unlike fossil fuels like oil and coal, which are non-renewable. In fact, there’s no other energy source like solar energy that can generate electricity without emitting greenhouse gases or other pollutants into the environment.

There are many benefits of solar energy. Using solar energy creates a cleaner, more sustainable future for people around the world. Solar energy helps reduce our carbon footprint significantly. It also reduces the dependence on fossil fuels, which harm the environment and expose us to health risks like asthma, lung cancer, and mercury exposure.

The advantages of solar power for our health and our planet are many, but here are some important points to consider.

1. Solar Energy Is Renewable And Clean

Solar energy is renewable and clean. The sun is the largest source of solar energy in our solar system, and will be for billions of years to come. Utilising the Sun, the largest source of energy in our solar system, to generate clean electricity. People are waking up to the advantages of switching over to renewable sources of energy, such as solar panels, which generate clean and renewable electricity without causing pollution or contributing to global warming. It's a great way to eliminate your reliance on the grid and reduce your carbon footprint.

The world has been facing the problem of climate change for decades now. Climate change is mainly due to greenhouse gas emissions in the atmosphere, especially carbon dioxide. And the main culprit here is fossil fuel usage, which includes transportation, electricity, and heating. Fossil fuels like oil, coal, and gas are expensive and the very opposite of ‘sustainable’, as they are simply running out. This has led to researchers thinking of alternative sources that don't contribute to climate change or pollute the environment. One such significant alternative is solar power. As you may be aware, sunlight is free and in abundance, works effectively to generate electric energy, and doesn't cause any harm to humans or the environment—all major benefits over fossil fuels!

One of the biggest benefits of solar energy is that it is completely free from air pollutants and greenhouse gases. The National Renewable Energy Laboratory has found that those who use fossil fuels are exposed to particulate matter, sulphur dioxide, nitrogen oxides, and ozone. These chemicals are related to increased incidences of chronic bronchitis, cardiovascular disease, and lost workdays among workers. As people around the world begin to switch to solar energy, they will be significantly lowering their risk of air pollution-related illnesses, such as bronchitis and cardiovascular disease.

Switching to solar energy can help improve health outcomes and reduce healthcare costs. By installing a solar system at home, you can reduce illnesses that are a result of air pollution.

Powering a home through solar panels means a reduction in carbon dioxide emissions. Carbon dioxide is one of the main contributors to the greenhouse effect and the change in climate patterns. According to the Environmental Protection Agency (EPA), the average home emits over 14 tonnes of carbon dioxide per year, that’s roughly as much as burning 29,400 pounds of coal. By switching to solar, depending on the size of your house, you can have the same effect as planting over 100 trees! Solar energy is the simplest way to make your home ecologically friendly, while lowering your personal carbon footprint at the same time. By switching to solar energy, you can give back to the environment and do your part to help preserve our beautiful planet for future generations!

Solar power is one of the most straightforward ways to cut down on greenhouse gas emissions and protect our environment, along with it saves you money on your energy bill as well.

Frittsolar, a solar EPC company based in Delhi NCR delivers residential, commercial, and industrial solar panels to customers across the nation. They have made it very feasible for their customers to go solar by offering easy EMI facilities and capex free loans. Frittsolar uses best in class solar panels and equipment, resulting in high power generation , which helps reduce upto 90% of the electricity bills. As a leading solar power company of India, Frittsolar has deployed numerous rooftop solar systems for Government, commercial, institutional and residential buildings.