Things You Need To Know About PV Plant Safety 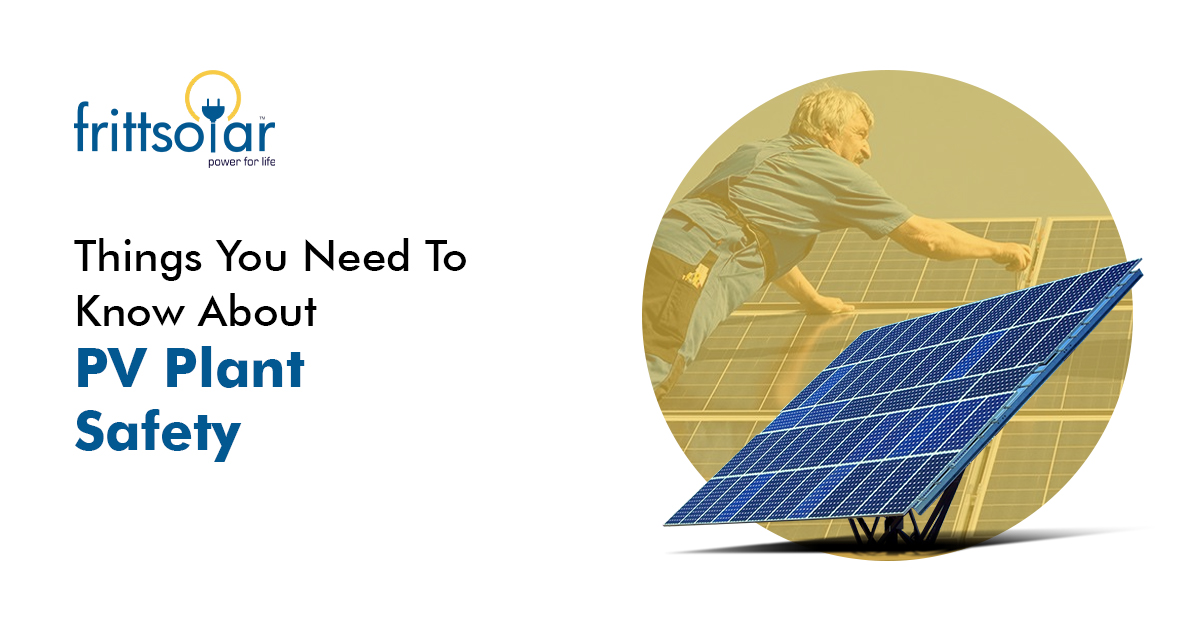 Solar energy today is one of the most popular forms of energy used in households and businesses. While it is sustainable, secure and saves money for everyone involved,awarness regarding potential hazards that may occur when in the presence of energy generation is important. This is because the production of solar energy depends on equipment like PV arrays, inverter, combiner box etc. that require utmost care and protection to avoid any mishaps.

This article takes you through PV plant safety and things you need to do to prevent solar fires:

Common faults: One of the most common forms of fire hazard to occur in the PV system is what is called the ‘Arc Fault’. An arc fault is created when there is an error in wiring that is usually loose or corroded. This happens on the DC side and is hence called a DC arc fault too. When these wires get into contact, it causes a spark of electric current between metal contact points.

Arc faults can also be caused due to faulty connections, damaged cables, bad insulation or separated mechanical joints. When these faults happen, the physical and electrical characteristics of the circuit is altered, which further reflects on the DC bus current of the PV system.

Arc faults are generally avoided by detecting arc currents and processing voltage signals through algorithms made to identify these faults. Once these faults are identified, the pathway is automatically cut off to avoid a hazard.

Electrical equipment like PV systems are known to produce residual current, or a sort of leakage current that runs from the PV to the ground due to an error called the ‘parasitic capacitance’ between the PV arrays and the ground fault. When this residual current goes above a threshold, carbon deposits are created that create insulation. This can be a cause of fire hazards too.

In order to prevent residual current, inverters are provided with RCD monitoring to measure the RMS current of both the AC and DC components. Fires are thus prevented by equipping RCDs with a maximum of 300mA of residual operating current for inverters.

Protecting devices and human life: While there are many solar panel advantages, lack of protection or care can cause faults and fires that may be dangerous to human life. PV systems can cause electric shock and hence need to be insulated to protect the human from the inverter side.

By using protection methods for RCDs, keage currents can be avoided to enter and flow through the human body. Shutting down the AC side to cut the grid off, will shut down the inverter through long-distance communication and thus stop power output.

Devices too can be protected the same way, in order to avoid strain on them. The installations of PV plants are often vulnerable to overvoltage from lightning. This can cause serious damage to solar equipment and therefore the need to be connected to SPDs to have high impedance.

Frittsolar, a top solar company based in Delhi, is a contributor to renewable forms of energy by promoting solar systems for residential and commercial purposes too. By switching to solar energy, you are installing the most efficient solar panels that offer more than 2 decades of independent energy generation and saving in multifold. Be smart, get saving with Frittsolar!