What Does The Future Hold For Solar Energy? 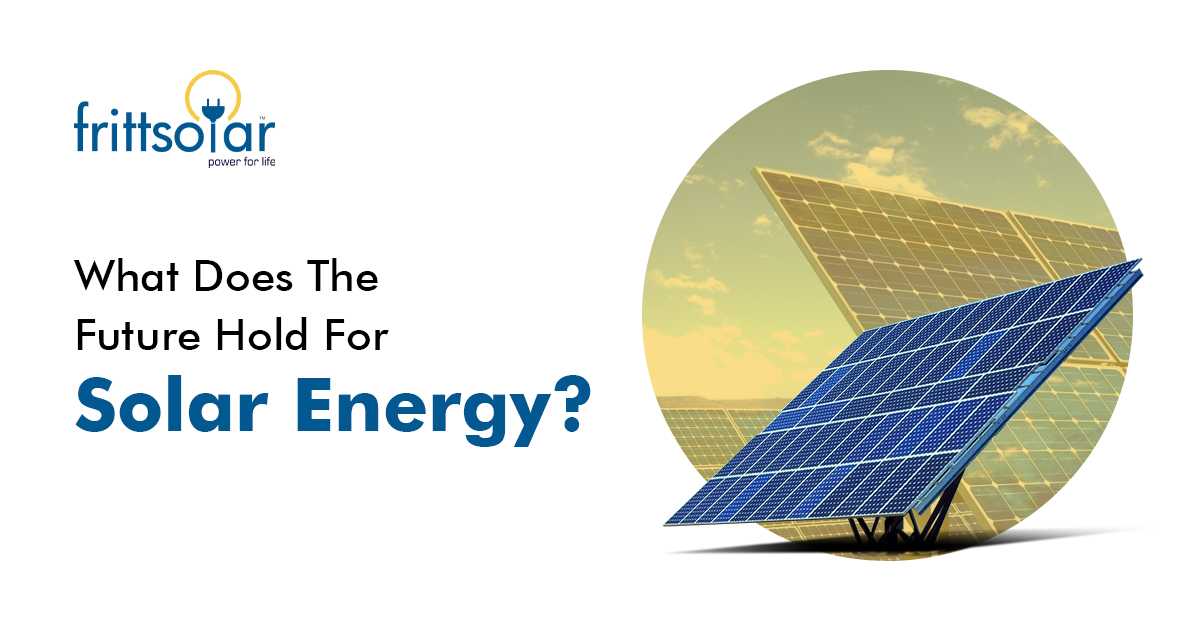 Change is the only constant thing in a human’s life and the need to evolve is universal. We have come a long way from riding on bullock carts to now driving cars that are solely dependent on electricity, but why isn’t humankind taking a better alternative way to produce electricity?

Solar energy is one of the most promising sources of energy for the future. It is inexhaustible, pollution-free, and available everywhere on Earth. The cost of solar panel installation has also decreased dramatically in recent years, making it a more affordable and practical source of energy.To date, the electricity we produce is still heavily dependent on fossil fuels, the carbon footprint of which is damaging the planet we live in and it is depleting whatever little resources left, really fast. Renewable sources of energy do exist in the forms of wind, hydro, and solar. Slowly but steadily we are heading towards a future of renewable energy. From the aforementioned forms of natural renewable energy, solar energy is in plenty and the most feasible form of renewable energy.

Solar energy lies plentiful; it is one of the most promising sources of renewable energy in the world. The amount of solar energy that hits Earth's surface every day is more than twice the amount of energy that the world consumes in a year. However, solar energy is not yet widely used because it is still more expensive than other forms of non-renewable energy, but the cost of solar energy has been dropping rapidly in recent years and is expected to continue dropping. In addition, new technology is making it easier and cheaper to store solar energy. As these costs drop and new technologies are developed, solar energy is likely to become increasingly popular. Solar energy has come a long way in a short time. It’s now one of the most affordable and accessible forms of renewable energy. In fact, it’s becoming so popular that in some parts of the world, it’s actually becoming the cheapest form of energy.

Governments and businesses are beginning to see the benefits of solar energy, and are investing more in solar projects. In most parts of the world, government bodies are sanctioning subsidies for solar panels, in which, a percentage of the expense is borne by the government. In India, the government too is taking a calculated step in cutting its carbon footprint, and meeting the energy demands of the population is at the heart of its green energy goal. India is ranked 4th overall for installed renewable energy capacity and is well on its way to making solar energy cheaper than coal-fired energy by 2030.

The future of solar energy looks bright, with installations of solar panels increasing every year. If you are interested in learning more about solar energy you can visit www.frittsolar.com/blogs.php to get a better understanding of how solar energy works, and why it is the only viable option. Frittsolar is a solar EPC company based in Delhi that undertakes residential, commercials, industrial, and institutional solar projects Pan India. It is one of the most sought after rooftop solar EPC company, helping households and commercial spaces realize their dream of solar energy by installing the most efficient solar rooftop system that produces 30% more energy than others.